Amps vs Watts vs Volts: The Ultimate Guide For DIY Electricians Knowing the difference between amps vs watts vs volts is essential for any DIY electrician.

That’s why we’re going to detail how they work and what you should know when installing electrical systems at your home or business. We’ll go over how each one works, their differences and similarities, and provide a few examples of how ampage can affect your electrical system. 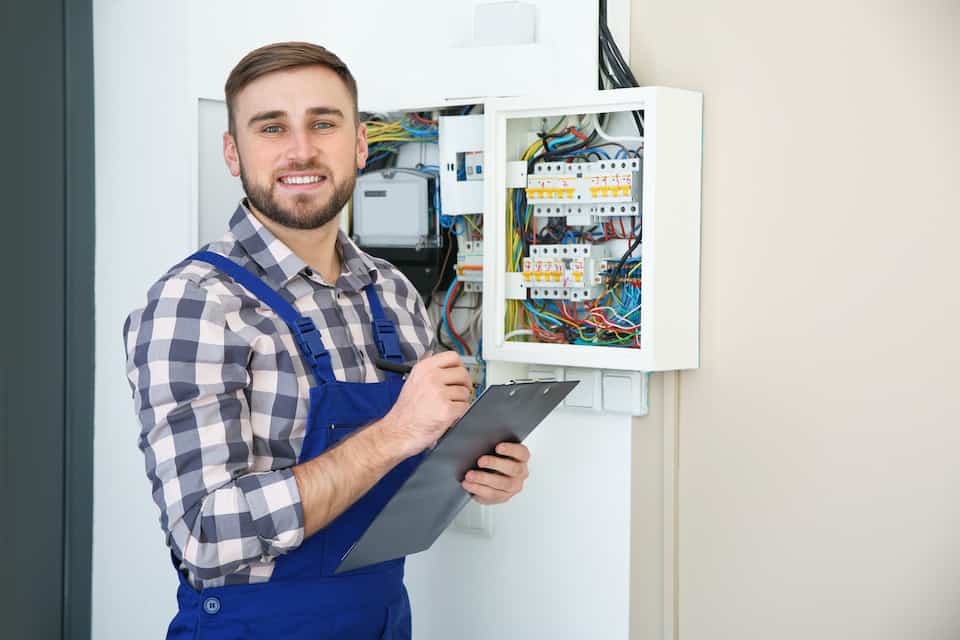 What are the Units of Electricity?

There are three basic units of electricity: they are voltage, current, and resistance. Each is measured in different ways: voltage in volts, current in amps, and resistance in ohms. There is an equation that includes all three of these units and shows how they relate to each other. This formula is known as Ohm’s law and states that V = IR (voltage = current * resistance).

Voltage is also called electromotive force and measures how much pressure it takes the power source to push charged electrons through a conducting loop, allowing the circuit to supply power to things like your lights and appliances. This pressure is measured in volts. And to determine voltage, you would refer to Ohm’s law and take your current (or amps) times your resistance (or ohms) which would give you your volts of power.

Current is simply the measure of flow through your electrical circuit; for example, if there’s current going up your hand, then electricity will continue flowing until it’s been cut off at another point in your body. It’s measured as amps, which stands for ampere, and one amp equals .001 kilowatts per hour! You’ll need to know about current because it affects how powerful different sources of energy are.

Resistance is the measure of how easily electrons can move through a material, and it’s measured in ohms. The higher the resistance, the more voltage or amperage will be needed to overcome that resistance with an electric current. You’ll need to know about this when running wires from one location to another throughout a home. If you have long runs between rooms, there will likely be lots of electrical resistance, so you should use thicker wire as opposed to a thinner wire which has less electrical current flow but allows for faster speeds.

Amps vs Watts vs Volts: Everything You Need to Know

So, how do these three measurements work together? When calculating power from these three units, all you need to do is multiply volts by amps and divide that number by 1000 (amps x volts ÷ 1000 = watts). But it does get a bit more complicated than that, which we’ll get into here.

Ampage refers to the current that can run through a wire, and it is measured in amps. Your electrical circuit needs ampage for your lights and appliances like lamps, TVs, microwaves, or even kitchen ovens. They all use ampage because electricity flows from one location to another using an electric circuit that has low resistance when there are no breaks in the loop (which happens if you break open wires).

Voltage affects how much energy will be used by any device that uses electronics. The higher the voltage, the more power flow transfers into a given appliance without needing as many amps flowing out of your main circuit breaker panel.

Amps matter because electric current flows from point A to point B through a wire, just like water running out of a faucet into a glass. If the ampage is too low, then it will take a long time to fill the glass, and eventually, you’ll have water overflow or spill out because your faucet was running for too long! This analogy can also be applied when electricity flows through wires—if there are not enough amps flowing in one part of an appliance it might result in blown breakers and even fires if your wiring isn’t up to code. 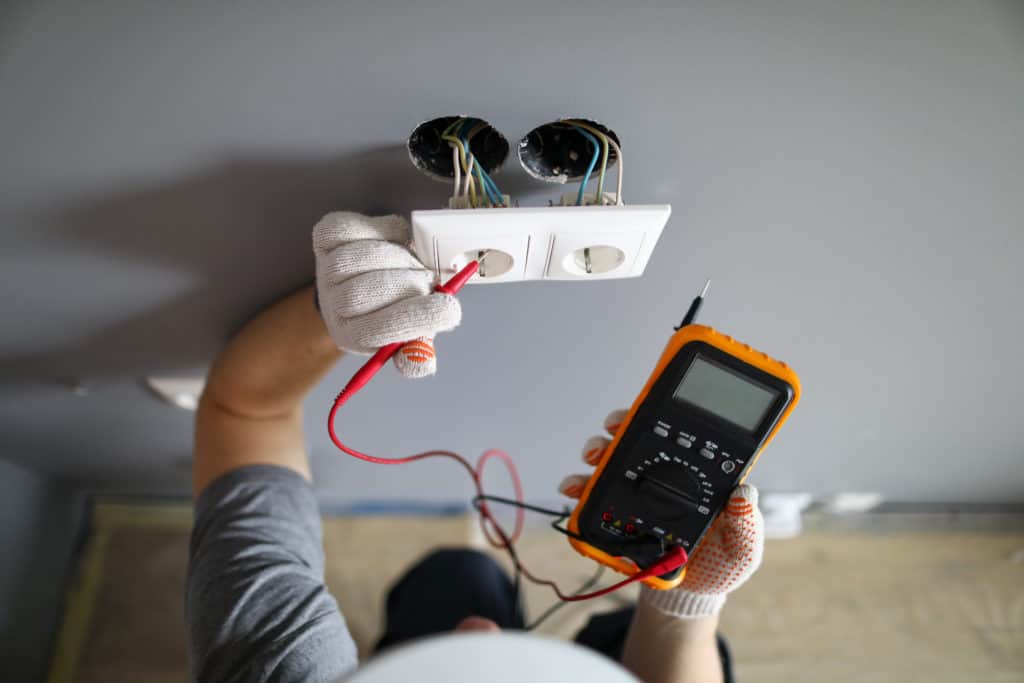 Wattage refers to the rate of energy used by a device, and it’s measured in watts. Watts can be used like horsepower to quantify output over time and take into account input (resistance). So if you have an appliance that uses one watt, it will use one amp flowing at 120 volts which equals .001 kilowatts per hour (or 1000 Ws). Devices like televisions or microwaves require more power than lights because they are constantly on- so these devices would need higher amp usage but lower voltage to function properly.

You probably have already seen watts indicated on your lightbulbs, and now you know that it means how much energy is used by that light. For example, if you put a lower wattage light bulb (60w) in a lamp intended for a 75-watt light bulb, it will work, but it will draw less energy and thus produce less light.

Voltage is comparable with pressure, while resistance prevents current from passing freely without any obstacles; they measure how well electrons flow through a material (either wire or metal) which produces light, heat, motion, etc.

Voltage measures electromotive force and helps determine what kind of electrical current will be flowing through a wire. It’s measured in volts, and one volt equals .001 kilowatts per hour (or 1000 Ws). In short, volts are typically considered “the pressure” of electricity—the higher the volts, the more pressure it has. 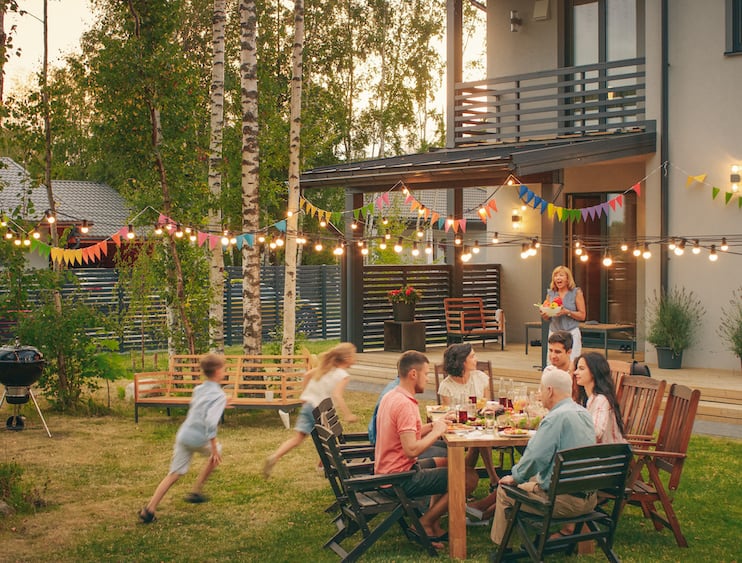 The Formula for Electrical Efficiency

In an electrical circuit, you can get higher power if you increase the level of voltage or current. This is where Ohm’s Law comes into play again. You can use the formula I = P/V (current = power/voltage) to determine how many amps you need to get your wattage. You can use this handy Ohm’s Law Calculator to help work it out.

Say you have a 12-volt battery and a 12-volt light bulb and want to get 200 watts of power. 200 watts is going to be your “P”, and 12 is your “V”. So I = 200W/12V = 16.67 amps. The calculator also gives the resistance which would be 0.72 ohms. You can use this information to plug into your electrical efficiency formula and determine what amount of voltage you need to make your system more efficient.

Essentially this can tell you if you need a larger or smaller wire based on how much electrical resistance you have and how much voltage is needed to power your electronics. This comes in very handy during DIY electrical work so that you don’t have to reinstall anything down the road. You can get it right the first time.

Lucky for you, 4Front Energy has a team of highly trained professional electricians who know how much power is needed to give you the most efficient electrical system in your home. We can quickly and easily calculate these formulas and get you the amps, watts, and volts you need. So contact us today to get a FREE consultation for whatever electrical needs you may have. We’re here to help.